Spring! Spring! Spring! Spring…spring is upon us; and with spring, its incumbent regrets. All those birds, and all those flowers–depressing, disturbing. Unsettling. Deeply unsettling. As Robert Herrick once said, of daffodils, ” We die / As your hours do, and dry / Away…”

Ten poems of the Twisted Spring: 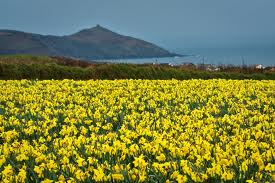 We met to record poems related to this subject, the Twisted Spring,
on Sunday, April 7th, 2-3:30 PM, in the SDS Room in Mattin Center on the JHU campus. Sound files from this session can be found here on SoundCloud.

To what purpose, April, do you return again?
Beauty is not enough.
You can no longer quiet me with the redness
Of little leaves opening stickily.
I know what I know.
The sun is hot on my neck as I observe
The spikes of the crocus.
The smell of the earth is good.
It is apparent that there is no death.
But what does that signify?
Not only under ground are the brains of men
Eaten by maggots.
Life in itself
Is nothing,
An empty cup, a flight of uncarpeted stairs.
It is not enough that yearly, down this hill,
April
Comes like an idiot, babbling and strewing flowers.

In the cowslip pips I lie,
Hidden from the buzzing fly,
While green grass beneath me lies,
Pearled with dew like fishes’ eyes,
Here I lie, a clock-o’-clay,
Waiting for the time o’ day.

While the forest quakes surprise,
And the wild wind sobs and sighs,
My home rocks as like to fall,
On its pillar green and tall;
When the pattering rain drives by
Clock-o’-clay keeps warm and dry.

My home shakes in wind and showers,
Pale green pillar topped with flowers,
Bending at the wild wind’s breath,
Till I touch the grass beneath;
Here I live, lone clock-o’-clay,
Watching for the time of day.

Geranium, houseleek, laid in oblong beds
On the trim grass. The daisies’ leprous stain
Is fresh. Each night the daisies burst again,
Though every day the gardener crops their heads.

A wistful child, in foul unwholesome shreds,
Recalls some legend of a daisy chain
That makes a pretty necklace. She would fain
Make one, and wear it, if she had some threads.

Sun, leprous flowers, foul child. The asphalt burns.
The garrulous sparrows perch on metal Burns.
Sing! Sing! they say, and flutter with their wings.
He does not sing, he only wonders why
He is sitting there. The sparrows sing. And I
Yield to the strait allure of simple things.”

This spring as it comes bursts up in bonfires green,
Wild puffing of emerald trees, and flame-filled bushes,
Thorn-blossom lifting in wreaths of smoke between
Where the wood fumes up and the watery, flickering rushes.

I am amazed at this spring, this conflagration
Of green fires lit on the soil of the earth, this blaze
Of growing, and sparks that puff in wild gyration,
Faces of people streaming across my gaze.

And I, what fountain of fire am I among
This leaping combustion of spring? My spirit is tossed
About like a shadow buffeted in the throng
Of flames, a shadow that’s gone astray, and is lost.

When daisies pied and violets blue
And lady-smocks all silver-white
And cuckoo-buds of yellow hue
Do paint the meadows with delight,
The cuckoo then, on every tree,
Mocks married men; for thus sings he,
Cuckoo;
Cuckoo, cuckoo: Oh word of fear,
Unpleasing to a married ear!

When shepherds pipe on oaten straws,
And merry larks are plowmen’s clocks,
When turtles tread, and rooks, and daws,
And maidens bleach their summer smocks,
The cuckoo then, on every tree,
Mocks married men; for thus sings he,
Cuckoo;
Cuckoo, cuckoo: Oh word of fear,
Unpleasing to a married ear!

Birds in Alarm – by John Clare

The firetail tells the boys when nests are nigh
And tweets and flies from every passer-bye.
The yellowhammer never makes a noise
But flies in silence from the noisy boys;
The boys will come and take them every day,
And still she lays as none were ta’en away.

The nightingale keeps tweeting-churring round
But leaves in silence when the nest is found.
The pewit hollos ‘chewrit’ as she flies
And flops about the shepherd where he lies;
But when her nest is found she stops her song
And cocks [her] coppled crown and runs along.
Wrens cock their tails and chitter loud and play,
And robins hollo ‘tut’ and fly away.

Fair Daffodils, we weep to see
You haste away so soon;
As yet the early-rising sun
Has not attain’d his noon.
Stay, stay,
Until the hasting day
Has run
But to the even-song;
And, having pray’d together, we
Will go with you along.

We have short time to stay, as you,
We have as short a spring;
As quick a growth to meet decay,
As you, or anything.
We die
As your hours do, and dry
Away,
Like to the summer’s rain;
Or as the pearls of morning’s dew,
Ne’er to be found again.

Spring, the sweet spring, is the year’s pleasant king,
Then blooms each thing, then maids dance in a ring,
Cold doth not sting, the pretty birds do sing:
Cuckoo, jug-jug, pu-we, to-witta-woo!

The palm and may make country houses gay,
Lambs frisk and play, the shepherds pipe all day,
And we hear aye birds tune this merry lay:
Cuckoo, jug-jug, pu-we, to-witta-woo!

The fields breathe sweet, the daisies kiss our feet,
Young lovers meet, old wives a-sunning sit,
In every street these tunes our ears do greet:
Cuckoo, jug-jug, pu-we, to witta-woo!

selections from The Seasons: Spring
By James Thomson

As rising from the vegetable World
My Theme ascends, with equal Wing ascend,
My panting Muse; and hark, how loud the Woods
Invite you forth in all your gayest Trim.
Lend me your Song, ye Nightingales! oh pour
The mazy-running Soul of Melody
Into my varied Verse! while I deduce,
From the first Note the hollow Cuckoo sings,
The Symphony of Spring, and touch a Theme
Unknown to Fame, the Passion of the Groves.

When first the Soul of Love is sent abroad,
Warm thro the vital Air, and on the Heart
Harmonious seizes, the gay Troops begin,
In gallant Thought, to plume the painted Wing;
And try again the long-forgotten Strain,
At first faint-warbled. But no sooner grows
The soft Infusion prevalent, and wide,
Than, all alive, at once their Joy o’erflows
In Musick unconfin’d. Up-springs the Lark,
Shrill-voic’d, and loud, the Messenger of Morn;
Ere yet the Shadows fly, he mounted sings
Amid the dawning Clouds, and from their Haunts
Calls up the tuneful Nations. Every Copse
Deep-tangled, Tree irregular, and Bush
Bending with dewy Moisture, o’er the Heads
Of the coy Quiristers that lodge within,
Are prodigal of harmony…